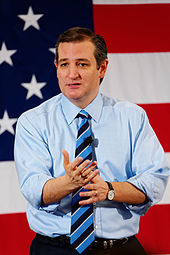 The exchange between Congressman McCaul and Secretary Blinken regarding Nord Stream 2:

McCaul– “If this administration really wants to counter the Putin’s regime malign influence, it must ensure that Nord Stream 2 pipeline is never completed… If we allow this pipeline to be completed, it would be a tremendous victory for Putin. Yet the mandatory sanctions passed with bipartisan, bicameral support in the last two National Defense Authorization bills have not been fully implemented. We are deeply concerned that the administration’s strong statements opposing the pipeline are not being matched by equally strong actions. I hope to use the opportunity today to explain these sanctions and why they have not been fully implemented.

Blinken: “On Nord Stream 2 a couple of things at the outset to be very, very clear. President Biden thinks it’s a bad idea, he said so repeatedly. I share his view. It violates the European Union’s own energy security principles, it jeopardizes the economic and strategic situation for Ukraine, for Poland and so Biden opposes it. I have been on the job for five weeks. The pipeline is 95 percent complete. It started construction in 2018 so I wish we did not find ourselves in a situation with a pipeline that is virtually complete.”

When asked by Congressman Wilson (South Caroline) whether he considered Nord Stream 2 a threat to Europe’s security, Secretary Blinken responded that indeed it was but “unfortunately the pipeline, is as you know, 95 percent complete, but we’re making it clear that we stand against its completion

3.The Unholy Alliance of Big Business Billionaires and the Democratic Party

The Democrats’ villains today are no longer rich business tycoons who don’t “pay their fair share” while exercising their power and influence to undermine American workers and strangle individual liberty.  Today, it’s only too clear that the villains they seek to destroy are the very same taxpaying, middle-class Americans that they claim to have been championing.

Looking forward, it seems inevitable that as European countries emerge out of Covid lockdowns and their economies reopen, some countries in Africa will face food shortages and other economic problems arising from pandemic-induced disruption. You don’t have to be a sage to foresee masses of young men heading towards Europe. As they attempt to cross the Eastern and Southern points of entry into the EU, be ready for European politicians to speak of a sudden surge and an unforeseeable crisis.

Then watch them play the Misunderstanding Game once again.

5.The lobby of commercial interests linked to wind and solar energy has done everything possible to pull the wool over the eyes of the public

There is no question that wind and solar power are mature technologies, that have an important role to play as complementary energy sources in specific contexts. But as far as the economics of large-scale use is concerned, the lobby of commercial interests linked to wind and solar energy – which is not much larger than the nuclear lobby ever was – has done everything possible to pull the woo over the eyes of the public.

6. US Progressives Attempting to Impose Their Politics on Poland

The Biden Administration and Democratic Party leaders in Congress and other progressives are attacking Poland for its supposed violations of freedom of the press.  What prompted this scolding?