1.  Poland to Send All MiG-29 Fighter Jets to US Base in Germany Amid Ukraine Conflict

Polish officials on Tuesday announced they would deploy the country’s MiG-29 jets to the U.S. Air Force’s Ramstein Air Base in Germany amid the Russia-Ukraine conflict.

“After consultations between the President and the Government,” officials “are ready to deploy–immediately and free of charge–all their MIG-29 jets to the Ramstein Air Base and place them at the disposal of the Government of the United States of America,” a statement from the Foreign Ministry said.

Poland then requested that the United States provide it with its “used aircraft with corresponding operational capabilities,” adding that Warsaw is “ready to immediately establish the conditions of purchase of the planes.”

By transferring MiG29s to U.S. airbase in Germany, Poland just made that target on its back much bigger.

The U.S. and Ukraine are manipulating everyone for the Globalist agenda, damn the consequences. Poland is being set-up by the U.S. for a sacrifice.

In Carlson’s monologue last night he begins by showing the CBS Blinken interview on Sunday that also inspired this piece. Blinken goes on TV and nonchalantly sells out Poland as ground zero for a NATO war with Russia. Despite Poland’s relentless insistence that the WILL NOT be sending any fighter jets to Ukraine, Blinken callously ignores them on live TV. This is how the U.S. treats its allies, with reckless disregard and back stabbing PR diplomacy. Tucker also shows the Lindsay Graham rah rah speech to Ukrainian soldiers from 2016 I embedded at the end of this piece yesterday, where he says war with Russia is coming and the U.S. has their back. 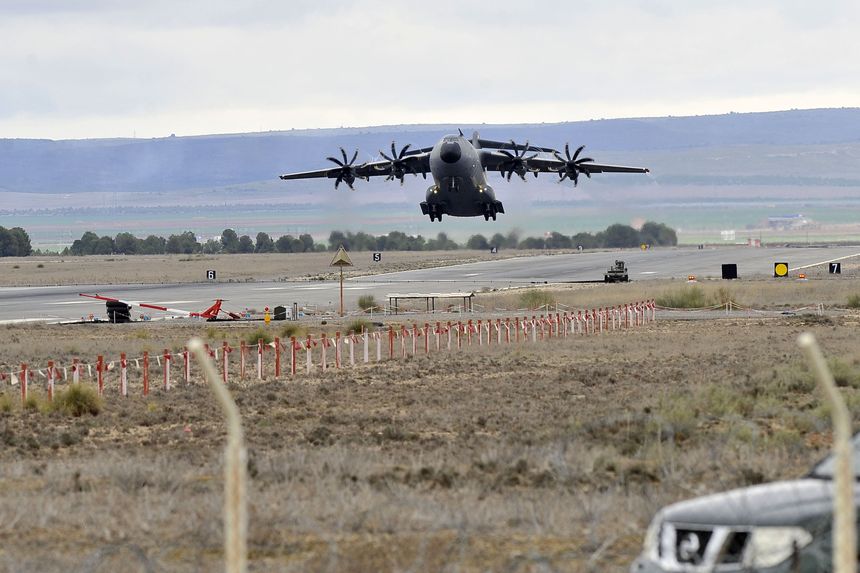 In the space of two weeks, Russia’s invasion of Ukraine has set off one of the largest and fastest arms transfers in history.

By road and rail, the Czech Republic sent 10,000 rocket-propelled grenades to Ukraine’s defenders last week alone. In Poland, the provincial airport of Rzeszow located about 60 miles from the Ukrainian border has been so crowded with military cargo jets that on Saturday some flights were briefly diverted until airfield space became available.

On the country’s highways, police vehicles are escorting military transport trucks to the border, with other convoys slipping into Ukraine via snow-covered back roads through the mountains.

The race to deliver arms to Ukraine is emerging as a supply operation with few historical parallels. Western allies, having ruled out putting troops on the ground in Ukraine, have been attempting to equip the country’s thinly spread and outmatched military, some of its soldiers fighting without boots.

Fox News host reflects on the U.S. response to the Russian invasion of Ukraine on ‘Tucker Carlson Tonight

The following is the text of the U.S.-Ukraine Charter on Strategic Partnership signed by U.S. Secretary of State Antony J. Blinken and Ukrainian Foreign Minister Dmytro Kuleba in Washington, D.C. on November 10, 2021.

The United States and Ukraine  share a vital national interest in a strong, independent, and democratic Ukraine. Bolstering Ukraine’s ability to defend itself against threats to its territorial integrity and deepening Ukraine’s integration into Euro-Atlantic institutions are concurrent priorities.

The United States recognizes Ukraine’s unique contribution to nuclear nonproliferation and disarmament and reaffirms its commitments under the “Memorandum on Security Assurances in Connection with Ukraine’s Accession to the Treaty on the Non-Proliferation of Nuclear Weapons” (the Budapest Memorandum) of December 5, 1994.

Guided by the April 3, 2008 Bucharest Summit Declaration of the NATO North Atlantic Council and as reaffirmed in the June 14, 2021 Brussels Summit Communique of the NATO North Atlantic Council, the United States supports Ukraine’s right to decide its own future foreign policy course free from outside interference, including with respect to Ukraine’s aspirations to join NATO.

The full text of the Charter can be read here:

8.  The Two Blunders That Caused the Ukraine War (commentary) 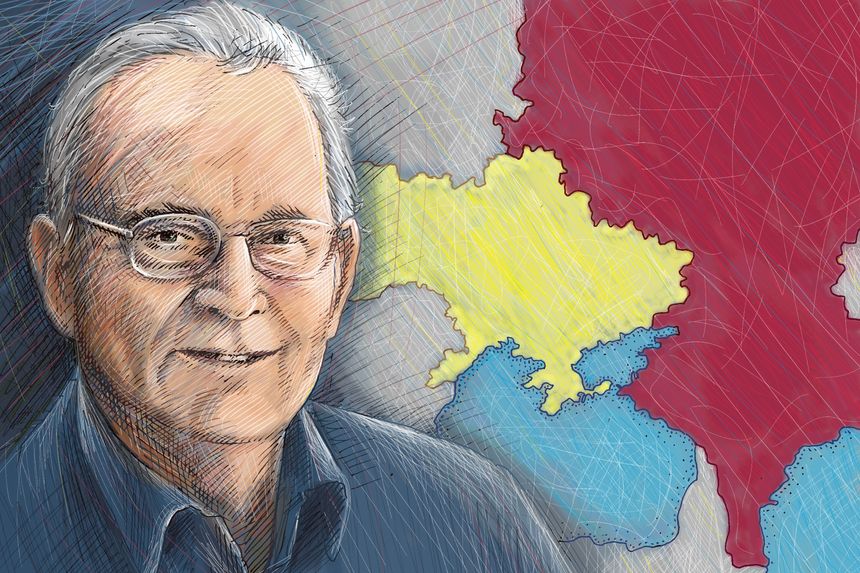 The Russian invasion of Ukraine resulted from two immense strategic blunders, Robert Service says. The first came on Nov. 10, when the U.S. and Ukraine signed a Charter on Strategic Partnership, which asserted America’s support for Kyiv’s right to pursue membership in the North Atlantic Treaty Organization. The pact made it likelier than ever that Ukraine would eventually join NATO—an intolerable prospect for Vladimir Putin. “It was the last straw,” Mr. Service says. Preparations immediately began for Russia’s so-called special military operation in Ukraine.

Mr. Service, 74, is a veteran historian of Russia, a professor emeritus at St. Antony’s College, Oxford and a fellow at Stanford’s Hoover Institution. He has written biographies of Lenin, Stalin and Trotsky. […]

The November agreement added heft to looser assurances Ukraine received at a NATO summit five months earlier that membership would be open to the country if it met the alliance’s criteria. Mr. Service characterizes these moves as “shambolic mismanagement” by the West, which offered Ukraine encouragement on the NATO question but gave no apparent thought to how such a tectonic move away from Moscow would go down with Mr. Putin. “Nothing was done to prepare the Ukrainians for the kind of negative response that they would get.”

The full text only with subscription:

9.  Ukraine’s Zelensky says he has ‘cooled’ on joining NATO and is open to discussions about control of Russian-backed separatist regions 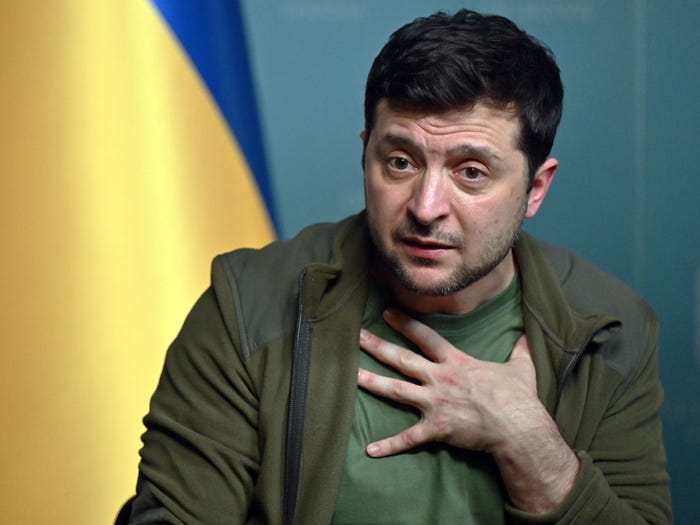 10.  NATO Intervention In Ukraine Could Spark Nuclear War. Here’s How It Could Happen

In the simulation we mapped out, not only does NATO get sucked in unintentionally, but Russia releases nuclear weapons in its desperation.

“How did we just kill a billion people?”

Over just three days, as I have done countless times over the last several years, a group of past and present senior U.S. government officials from both sides of the aisle gathered to wage a NATO-Russia war in a simulation at the end of 2019. In the course of what we called the NATO-Russia War of 2019, we estimated one billion people died. And if we aren’t careful, what happened in a simulation could happen if a NATO-Russia war erupts over Ukraine.

In fact, in the simulation I mentioned above from 2019, in which Russia invades Ukraine in a similar way as it did over the last week or so, not only does NATO get sucked in unintentionally, but Russia eventually releases nuclear weapons in its desperation. The result is an eventual escalation of bigger and more dangerous nuclear weapons whereby over one billion lives are lost.

But before we start staring into the abyss, allow me to explain the goal of such simulations. NATO clearly would have a massive conventional advantage in any war with Moscow, ensuring that in a straight-up fight Putin would lose. However, Russia has stated time and time again it will use nuclear weapons to defend its territory and its regime if it feels mortally threatened. Our simulation always seems to ask: Can we ever defeat Russian President Vladamir Putin in an armed conflict over Ukraine or the Baltics and not start a nuclear war in the process?

So far, over at least several years, and with at least 100 different participants that all held different ideas about war and political allegiances, the answer is a flat out no.

Setting the Scene for War

The scenario the group decided to test back in late 2019 was similar to today: Russia decided to invade Ukraine under the excuse that it is must defend Russian-speaking peoples that are being “oppressed” by Ukraine’s fascist government. In our scenario, we assumed Russia performs far more admirably than it does today but has more limited objectives, in that Moscow wants to connect Crimea to separatist regions in Eastern Ukraine that are under its effective control. We assumed that Russia does that quickly, achieving most of its military objectives in roughly four days.

On Tuesday morning, Bloomberg reported that China had accused the US military of operating “dangerous” biolabs in Ukraine – which “echoed a Russian conspiracy theory that Western officials warned could be part of an effort to retroactively justify President Vladimir Putin’s invasion.”

“U.S. biolabs in Ukraine have indeed attracted much attention recently,” said Chinese Foreign Ministry spokesman Zhao Lijian in response to a question from a local reporter – adding that “all dangerous pathogens in Ukraine must be stored in these labs and all research activities are led by the U.S. side.”

[…] “These narratives are long standing but are currently likely being amplified as part of a retrospective justification for Russia’s invasion of Ukraine,” it [Britain’s Defense Ministry]added.

The White House last week modified existing guidance for the Pentagon and U.S. spy agencies on sending intelligence data to the Ukrainian government to clear the way of any bureaucratic roadblocks to information sharing, a senior Biden administration official said.

That change followed complaints from both Democratic and Republican lawmakers that President Biden’s administration wasn’t sharing real-time targeting data that would enable Ukraine’s military to strike back at Russian armored formations bombarding and attempting to envelop its major cities.

“We’re adjusting as circumstances warrant, and we’ll continue to ensure that operators have flexibility to share intelligence as the conflict evolves,” a U.S. intelligence official said of the change, declining to provide additional details. 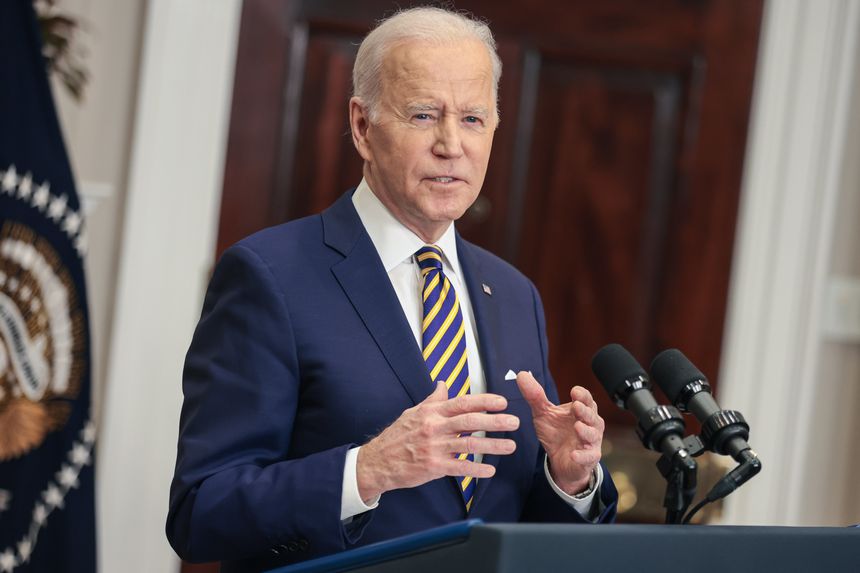 The White House unsuccessfully tried to arrange calls between President Biden and the de facto leaders of Saudi Arabia and the United Arab Emirates as the U.S. was working to build international support for Ukraine and contain a surge in oil prices, said Middle East and U.S. officials.

Saudi Crown Prince Mohammed bin Salman and the U.A.E.’s Sheikh Mohammed bin Zayed al Nahyan both declined U.S. requests to speak to Mr. Biden in recent weeks, the officials said, as Saudi and Emirati officials have become more vocal in recent weeks in their criticism of American policy in the Gulf.