The White House is in talks to appoint a special envoy to lead negotiations on halting the construction of Russia-to-Germany gas pipeline Nord Stream 2, current and former U.S. officials said, as the Biden administration grapples with how to stymie a nearly completed energy project that would serve as a major financial and geopolitical boon to Moscow.

President Biden is considering appointing Matthew Rojansky, head of the Wilson Center’s Kennan Institute, as Russia director on the National Security Council, according to a source familiar with the situation.

…his work has drawn criticism — including in a 2018 open letter from Ukrainian alumni of Kennan that blasted the think tank he runs as an “unwitting tool of Russia’s political interference.”

In 2017, Rojansky decried America’s “Cold War style paranoia about the Russian bogeyman,” acknowledging that Putin “is a huge problem for the United States” while arguing that escalation carries “unacceptable risks.” He has consistently called for managing competition with Russia in a way that protects U.S. interests and minimizes risks.

3. ‘Ready for conflict’: Putin’s threat to the West is laid bare in new footage showing build-up of troops and military convoys on Ukraine’s border as Kiev warns it could be provoked by Russian ‘aggression’

“First, Biden will create substantially more demand for Chinese materials to go into America’s planned physical infrastructure improvements. Second, the large corporate tax increases he proposes will drive even more businesses out of the U.S. – and across the Pacific. Third, Biden’s ‘green energy’ ideas will eliminate one of the crucial advantages American manufacturers now have: cheap energy,” he said.

“In Beijing, there must be, at the moment, great elation and anticipation,” said Chang.

Hailed by President Moon Jae-in as “a historic milestone in the development of the (South Korean) aviation industry,” the nation unveiled its homegrown supersonic jet fighter on Friday, joining an exclusive club of military aviation giants, CNN reported.

Once operational, the KF-21 – which looks very much like the American F-35 – is expected to be armed with a range of air-to-air and air-to-surface missiles, and possibly even air-launched cruise missiles. 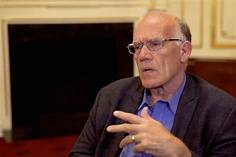 Apparently, to rant about “privilege” means the less you need to worry about your own.

The most privileged CEOs of corporate America—those who sell us everything from soft drinks and sneakers, to professional sports and social media—now jabber to America about its racism, sexism, and assorted sins.

Self-righteous elites rant about carbon footprints, needless border security, defunding the police, gun control, and charter schools.  But they rarely forgo their own private jets, third and fourth homes, estates walls, armed security guards, and prep schools.  Apparently to rant about “privilege” means they less you need to worry about your own.

Wokeness is an insurance policy. The louder the damnation of American culture, the more likely a career will be saved or enhanced.

7. The Left’s War on Free Speech

Destroying the possibility of criticism is the death of liberty

The Left wants to ban “hate speech” using the powerful national institutions they now govern.  They do not hide this intention but say so openly. Powerful tools—like Big Tech, a nearly unified press, and the national security state—give speech restrictionists the impression that this goal can and should be pursued. But exactly what kind of speech do they want to ban, and exactly how would this ban transform America?

The restriction on free speech is a threat not only in the U.S. It is a threat facing many countries in the Western World, so it’s imperative that the freedom and liberty loving people worldwide recognize the threat and its implications and put up resistance.

8. Pope Francis Calls For Global Governance And Vaccines For All

Pope Francis has officially called for “global governance” and held up the goal of “universal vaccines” in an April letter – a letter in which God is mentioned only once, but vaccines mentioned three times.

Pope Francis Calls for “Global Governance” and Vaccines for All.

The Smolensk Tragedy in Transatlantic Relations