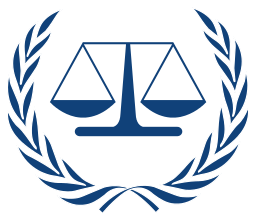 The materials of the Commission on War Crimes at the United Nations will soon be accessible to researchers in Poland.

The assignment for historians

These materials should be available within a few months to researchers in Warsaw. We will be working as fast as possible to have insight into them and examine them at the Research reading room of the W.Pilecki Center on Totalitarianism – underlines dr. Wojciech Kozlowski, deputy Director for programming at the Center. This is a great success.

We are happy that Poland as the consecutive country will have avail to this information.

Now Warsaw after London and Washington D.C. will be a place where this data will be available – Kozlowski underscored. The Home Army units collected information from the field regarding the German extermination policy, compiled sets of reports on the situation in the country.

At the same time this information was collected by cells of the Government Delegation for Poland representing the nation. The delegation gathered these facts in Warsaw and then continued to send them to London – says in an interview with Nasz Dziennik Dr. Andrzej Suchcitz, a historian from the Gen. Sikorski Polish Institute and Museum in London.

The value of these reports is immense. They gave witness to what the German occupier did in the country, about the terror, murders, what the extermination policy was like. They offer a picture of the occupation situation as a whole (Dr. Andrzej Suchcitz, a historian from the Gen. Sikorski Polish Institute and Museum in London).

These were reports concerning particular acts of terror, individual crimes committed by Germans, as well as the general situation. These materials made their way to London. At that time more widespread reports were prepared which were passed on to allied governments, the English and American ones – the historian points out. He adds that the reports are examined for years by historians but there is still a lot do be done.

There are left those issues which need further research, the field for historians to cultivate is vast – remarks the historian.

According to the Center, the United Nation Commissions data counts 450 thousand pages of documentation. They contain indictments against German war criminals, a series of witness accounts, protocols of the Commissions’ hearings. The documentation contains 30,000 accounts of war crimes committed by Germans and their allies during WWII. The Polish government in exile transferred this Home Army information to the Commission regarding German atrocities and, among others, the annihilation of Jews. They were used during the Nuremberg trials. The indictments existed, then were classified for 70 years. They were declassified just last year.

Acquisition of these materials is a very valuable initiative – Mariusz Olczak the deputy Director of the New Records Archives in Warsaw told Nasz Dziennik. He indicates – that these indictments are in the UN Commissions’ Archives – and not just in the Polish archive – raises their credibility for western researchers. The Director adds that Polish examiners can investigate them domestically. Reports documenting the situation in the country, in the Auschwitz camp are preserved and are here – he underlines.

President Dalia Grybauskaite: The future of Lithuania and Poland will be as good as we make it.

U.S. and Polish concepts clash with those of Berlin-Paris at NATO Summit.