1.  China Is Extending Its Totalitarian Controls to the Rest of the World.

[…] over 20 former and current elite generals, numerous senior officers, and over 1000 soldiers recently penned a remarkable letter condemning the policies that are intentionally dividing France and debasing its citizens and culture, while supporting people who hate them.

In the letter, they give a dire warning about the disintegration of their culture and country: “…there is no more time to procrastinate, otherwise, tomorrow civil war will put an end to this growing chaos, and the deaths, for which you will bear the responsibility, will number in the thousands.”

Military Slams Macron! “France In Mortal Danger” Of Civil War Due to Anti-West Globalist Policies of “Disintegration”…When Will American Military Leaders Speak Up? 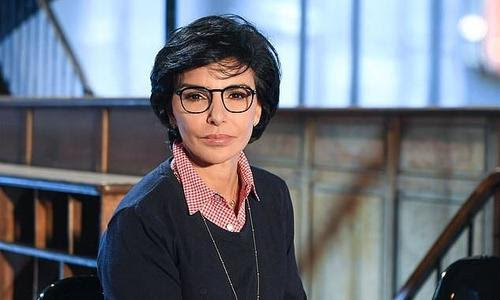 A Paris Mayor who was raised in a devout Muslim household by Algerian immigrant parents threw her support behind a controversial letter by current and former military chiefs who said that if nothing is done about the “laxist” policies on radical Islam, it would require “the intervention of our comrades on active duty in a perilous mission of protection of our civilizational values.”

“What is written in this letter is a reality,” Mayor Rachida Dati of Paris’ 7th arrondissement told France Info radio. “When you have a country plagued by urban guerrilla warfare, when you have a constant and high terrorist threat, when you have increasingly glaring and flagrant inequalities … we cannot say that the country is doing well.”

4. Europe’s economy slid back into recession as US roared ahead

That left the European economy contracting for the second quarter in a row, and slipping into a double-dip recession after a rebound in growth last autumn.

US growth figures released on Thursday showed that the US economy grew 1.6 per cent during the first quarter.

5. Why are many elites leftist?

After reading quite a few insightful books, I learned that what is happening now is nothing new. Since the late 19th century, Western elites have been fascinated with communism and have supported its cause. In the pursuit of utopian ideals, traditional values have been trashed, America has been brought to the brink of socialism, and hundreds of millions of people around the world have been thrown to the bloodthirsty communist beast.

Even now, this pursuit is ongoing.

Alliance of Western Elites and Communist Revolutionaries in Russia

“They [Lenin and Trotsky] created a revolution with no more than about 10,000 revolutionaries. They needed assistance from the West, and they got assistance from Germany, from Britain, and from the United States…. In 1918, the Bolsheviks really only controlled Moscow and what was Petrograd which is now Leningrad. They could not have beaten off the White Russians, the Czechs who were in Russia at that time, the Japanese who entered. They could not have beaten it off without assistance from the United States and from Britain.”

“After the revolution … they [the Bolshiviks] could not operate the plants. So what do we do? With Averell Harriman and the Chase National Bank and all friends on Wall Street, they go in there…. We have these 250–300 concessions with which American companies went into Russia, and they started up the idle plants…. All these top capitalists went in and they got Russia going on behalf of the Bolsheviks, because the Bolsheviks either shot or kicked out all the people out of Russia who would run the plants.”

In his book “National Suicide: Military Aid to the Soviet Union,” Sutton quoted U.S. State Department Decimal File 033.1161, a June 1944 statement by Averell Harriman, a Wall Street financier and the U.S. Ambassador to the Soviet Union at the time:

“Stalin paid tribute to the assistance rendered by the United States to Soviet industry before and during the war. He said that about two-thirds of all the large industrial enterprises in the Soviet Union had been built with United States help or technical assistance.”

Trade and technology exports continued during the Cold War, including the eras of the Korean and Vietnamese Wars. Sutton quoted Shirley Sheibla’s writing in Barron’s Weekly on Jan. 4, 1971, “The United States has been the ‘arsenal for communism’ in the Soviet Union.” Most weapons, tanks and trucks of North Korean and North Vietnamese communists were provided by the Soviet Union, and “were produced in plants erected and equipped by American and European companies.”

Since the presidency of Woodrow Wilson, trade with the USSR had been promoted as a way to “mellow” the Bolsheviks and relax its totalitarian control. Obviously it did not work. The world was at the brink of a nuclear war between the Soviet Union and the United States during the Cold War. Nevertheless, this policy has lasted for more than 70 years. Why?

The full article can be read here:

6.Who is Freer These Days?

Those old enough to remember the Cold War will recall, perhaps with some prompting, that the fight with the Soviets was as much a moral war as a political one. It was not that the communists were in error about some item in dispute. The communists were immoral because communism was immoral. Whatever the faults of liberal democracy, it was morally superior to the evils of communist totalitarianism.

At the time, this was not a tough case to make. Americans could speak out against the government, while Russians had to suffer in silence. The West had elections and big public spats over policy. Debate in the East was always behind the dreary walls of the communist party. Most important, the West did not have political prisoners, while the East operated camps, even small cities, for their dissidents.

A generation later and the roles are not exactly reversed, but it is now possible to argue that Russians are freer than Americans. Putin has his enemies jailed, but that’s now official policy in America.

was raised in a religious Muslim home and practiced the faith for a long time. Eventually, I realized I was not a religious man, after spending a long time educating myself, immersed in our texts. Certain things bothered me after I investigated them deeply. I felt the hijab was misogynistic, and I opposed the strain of violence that had emerged from our holy books. Then there were the blasphemy laws outlined in the Quran, which seemed like the opposite of the liberal values I believe in. As a secular man, I went about my life, working as a contractor for the Canadian military for over a decade in Kosovo, Sudan, Bosnia, Haiti, and then Afghanistan. I encountered other Muslims, and others like me, who were not longer Muslim. But when I came back to Canada in 2014, I returned to a different country than the one I had left.

I had left a country [Canada] that was proud of being the opposite of what bothered me about Islam, that was proud of a tradition of free inquiry and free speech, open debate and civil discourse. The Canada I returned to resembled the religion of my youth more than it did its opposite.

[…]Most leftists come from the upper and upper-middle class.

[…]Nearly all leftists are irreligious people.

[…]People need meaning. After food, that is the greatest human need. …This need for meaning has traditionally been met by four things: religion, family, providing for oneself and one’s family, and patriotism. And all are fading.

A statement by Filomena Leszczynska’s lawyers regarding the case of Leszczynska v. Engelking and Grabowski in response to the article in The New Yorker containing untrue, misleading and inaccurate information