In a continuing cold war, America is already on the back foot. We have yet to see how long it will be before the Biden administration realises its few victories will be unaffordably Pyrrhic, and by merely not responding to American provocation the Chinese/Russian partnership will emerge as the victors.

Halford Mackinder’s century-old vision of a Eurasian superstate, based between the Volga and the Yangtse, is becoming reality. Commentators usually fail to understand why; it is not due to military superiority, but down to simple economics. While the US economy suffers a post-lockdown inflationary outcome and an existential crisis for the dollar, China’s economy will boom on the back of increasing domestic consumption, which is an official government objective; and increasing exports, the consequence of America’s stimulation of consumer demand and a soaring budget deficit.

Twenty Chinese military aircraft entered Taiwan’s air defense identification zone on Friday, in the largest incursion yet reported by the island’s defense ministry and marking a dramatic escalation of tension across the Taiwan Strait.

On Friday Russia’s Defense Ministry published video of what it touted as a “first-ever” maneuver to have taken place in the history of naval exercises and warfare.

No less than three nuclear-powered submarines of the Russian Navy punched through the ice simultaneously during Arctic exercises, as the surreal video reveals.

Indeed we can’t recall there being any other footage like it, or any other such attempt – also given the potential for something going wrong so far north in this ‘no man’s land’ territory.

“For the first time in the history of the Navy, three nuclear-powered missile carriers have surfaced from under the ice.”

Brunei, Malaysia, the Philippines, Taiwan, China and Vietnam have competing territorial claims in the South China Sea. But China has pointedly ignored all these claims, instead viewing the South China Sea as something that belongs exclusively to Beijing. 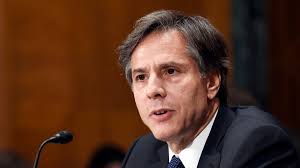 During his recent visit to NATO headquarters in Brussels, he gave us his insight on transatlantic relations under President Biden. He also delved into Nord Stream 2, Chinese and Russian relations, and the pandemic.

CHANGES IN THE US

House Democrats Introduced a Bill to establish a commission with a power to redesignate the J. Edgar Hoover FBI Headquarters Building to reflect “racial, ethnic and  gender identity”.

n 2015 liberal foundations in Boulder began to to stress the importance of welcoming Syrian immigrants  celebrating the fact that “In 2016, we expect nearly 2,000 refugees will be welcomed into Colorado, and, according to the TRENDS Report, some 419 refugees became permanent legal residents of Boulder County between 2003 and 2013.”

Boulder’s then-mayor Suzanne Jones noted, “We have inclusivity aspirations that we are working to live up to.” The Boulder City Council then continued to hold votes to allow even more Syrian refugees to take up permanent residence in the city in a “declaration regarding inclusivity for the refugees and other disenfranchised populations.”

8. Minnesota Theater Cancels Cinderella Production Because Cast Was Too White

“After careful consideration and with our ongoing commitment to Diversity, Equity and Inclusion, we have made the decision to cancel our upcoming production, it [a statement by the theater’s diversity consultant] states.

9.War readiness: the U.S. versus Russia

Two German-owned, but Polish-registered, vessels face being stripped of their right to sail under the red-and-white flag of Poland owing to their work on the Nord Stream 2 gas pipeline, Poland’s deputy minister of infrastructure told PAP on Friday.

“These two ships are owned by a German ship owner; they sail under the Polish flag. They have been registered with the Maritime Chamber in Gdańsk. They are working on the Nord Stream 2 project,” said Deputy Minister of Infrastructure Grzegorz Witkowski on Friday.

Poland regards the pipeline, which will take Russian gas to western Europe, as a threat to its security and has taken legal steps against companies working on the controversial project.

Polish oil and gas company PGNiG and Ukraine’s Naftogaz Group have signed a letter of intent on cooperation in hydrocarbon exploitation and production in Ukraine.

“Ukraine, which has Europe’s largest natural gas resources at its disposal, can be an attractive development site for PGNiG,” the company wrote in a press release on Tuesday.

12.  The World Health Organization in 2011 Warned Against a “Culture of Fear”

This movement was born in the early 2000s with computer scientists who imagined that their agent-based models should replace medical advisories in the event of a pandemic. The Bush administration acquiesced to their ideas in 2006, despite the protests from responsible public health experts. After that, they organized conferences, published in journals, and generally closed ranks around a fantastic vision of central plan, all well-funded through public money and private philanthropy from the Gates Foundation (Bill Gates, knowing next to nothing about viruses or public health concerns, has been a lockdowner for many years).

All these years later, they got their chance to implement a dangerous social experiment in lockdowns.

In 2011, the World Health Organization saw what was developing and issued a powerful warning, authored by Luc Bonneux (Netherlands Interdisciplinary Demographic Institute) and Wim Van Damme (Institute of Tropical Medicine). It was a strong attack against the “culture of fear” that could be fomented in the future just as it was in 2006 and 2009. It said plainly that the next pandemic should be treated as we have in the 20th-century past, with calm, not panic, and with a broad-minded focus on public health in a holistic sense.

Moreover, the memo warned of what we might call the Public Choice elements of the urge to lock down: flu specialists sound unwarranted alarms in order to attract media attention and funding, vaccine makers and marketers looking for government subsidies, and other interest groups that might irresponsibly use a future pathogen.

Daszak appears as an author on at least 25 studies “affiliated” with a funding entity or author linked to a Chinese Communist Party think tank, university, or government ministry.

Precisely because the North Sentinelese have been so isolated for so long from the outside world, their immunity is nil. Though missionaries like Chau came to them in peace, it was as though he arrived with an AK-47.

Chau’s murder is yet another gentle reminder of how backwards the lockdowns were. Hide from a virus? To do so would be for cities, states and countries to set themselves up for something much worse down the line. As the North Sentinelese remind us, isolation weakens the human body precisely because it limits the exposure to the myriad human-spread viruses that paradoxically strengthen the immune system.

German state television ZDF must apologize for the film “Our Mothers, Our Fathers.”

Free Leaders of the Polish Minority in Belarus!