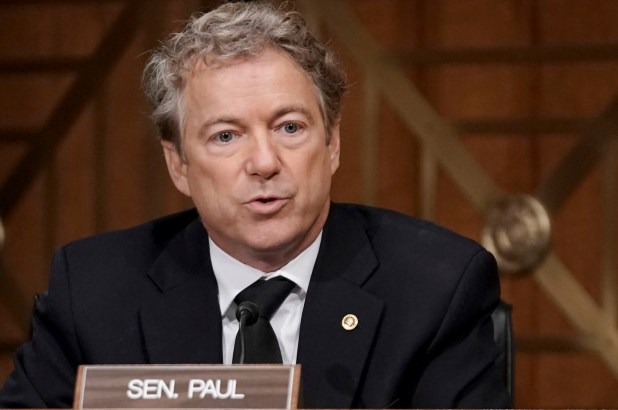 After blasting Democrats for pushing what he called a “sham” impeachment trial, Sen. Rand Paul (R-Ky.) on Tuesday afternoon forced a vote in the Senate regarding the constitutionality of the endeavor.

Paul’s point of order alleged that impeaching a president after he leaves office violates the Constitution.

“I think there will be enough support on it to show there’s no chance they can impeach the president,” Paul told reporters Tuesday. “If 34 people support my resolution that this is an unconstitutional proceeding it shows they don’t have the votes and we’re basically wasting our time.”

In fact, the vote was 55 to 45, strongly suggesting that the Dems will not come close to the 67 votes needed to convict the former president.

He is, effectively, a hologram.

For those of us watching this made-for-TV special in which a totalitarian cabal at the core of the Democratic Party takes over America while we are locked at home, one question arises: Does the mentally impaired Joseph R. Biden know that he was put into the presidency by a small committee* of hard Left operatives, and is currently serving as a figurehead, as all decisions about policy and personnel are made by others?

Or does he think that he really is “the president,” with all that usually entails?

Does he believe that 81 million adult American citizens voted for him after he failed to answer basic questions about what he would do in office, while hiding in his basement all summer? When he thinks about his support across this great continent, does he see the faces of those who showed up to signal assent? The crowds? The four or six or 11 people in tiny yards, in random places? How could he not know, you wonder . . . ? But, ego.

Does Joe know that he is, effectively, a hologram—a 3D projection in space, retaining outward signs of being a sentient human— whose mental processes have been taken over by the committee? That earpiece he wears, who is speaking into it? Remember, he wore it at the debate, too. How does that work? It’s hard to just repeat words as they come into your ear, with anything like normal inflection. Those dark contact lenses he is wearing—what does he see? 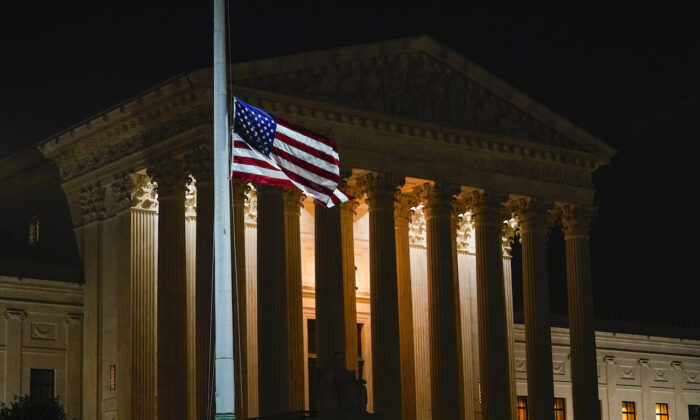 The formation of a totalitarian state is just about complete in America as the most powerful public and private sector actors unify behind the idea that actions to stamp out dissent can be justified, according to several experts on modern totalitarian ideologies.

While many have warned about the rise of fascism or socialism in “the land of the free,” the ideas have largely been vague or fragmented, focusing on individual events or actors. Recent events, however, indicate that seemingly unconnected pieces of the oppression puzzle are fitting together to form a comprehensive system, according to Michael Rectenwald, a retired liberal arts professor at New York University.

But many Americans, it appears, have been caught off guard or aren’t even aware of the newly forming regime, as the idea of elected officials, government bureaucrats, large corporations, the establishment academia, think tanks and nonprofits, the legacy media, and even seemingly grassroots movements all working in concert toward some evil purpose seems preposterous. Is a large portion of the country in on a conspiracy?

The reality now emerges that no massive conspiracy was, in fact, needed—merely an ideological alignment and some informal coordination, Rectenwald argues.

Despite the lack of formal overarching organization, the American socialist regime is indeed totalitarian, as the root of its ideology requires politically motivated coercion, he told The Epoch Times. The power of the regime isn’t yet absolute, but it’s becoming increasingly effective as it erodes the values, checks, and balances against tyranny established by traditional beliefs and enshrined in the American founding.

The effects can be seen throughout society. Americans, regardless of their income, demographics, or social stature, are being fired from jobs, getting stripped of access to basic services such as banking and social media, or having their businesses crippled for voicing political opinions and belonging to a designated political underclass. Access to sources of information unsanctioned by the regime is becoming increasingly difficult. Some figures of power and influence are sketching the next step, labeling large segments of society as “extremists” and potential terrorists who need to be “deprogrammed.”

While the onset of the regime appears tied to events of recent years—the presidency of Donald Trump, the CCP virus pandemic, the Capitol intrusion of Jan. 6—its roots go back decades.

The Prime Minister of Denmark is pledging to work to eliminate asylum applications to her nation, citing the damaging effects of migration from non-western countries and the impact on Denmark’s “social cohesion.”

PM Mette Frederiksen set the goal during a Friday speech at the Danish parliament, the Folketing.

“We cannot promise zero asylum seekers, but we can set out the vision that we also did before the elections, namely that we want a new asylum system and then we do what we can to introduce it.”

Frederiksen cited the criminal element present in immigrant enclaves in Denmark as evidence to phase away the asylum system in Denmark. Frederiksen is the leader of the Social Democrats party, which has broken the mold of western liberal and leftist parties by opposing mass immigration while advancing economic policies aimed to alleviate income inequality.

“One in five young men from non-Western backgrounds who were born in 1997 had breached the penal code before the age of 21. One in five.

It’s nothing new, and that’s the problem: it’s been going on for too many years. Girls are called derogatory things because they are Danish. Or girls are subjected to social control because they have become too Danish. A sausage cart in Brønshøj is attacked with firecrackers because it sells pork.”

Denmark already contrasts with its Scandinavian neighbors through its more conservative immigration policies. The country accepted less than 1,000 asylum seekers last year (in part due to coronavirus travel restrictions), far less than more liberal nations such as Sweden and Germany.

It should be noted that a few Eastern European countries, mainly Poland and Hungary, stood firm against heavy pressure from Brussels to accept in their countries illegal immigrants, allowed and even invited by Angela Merkel and the EU establishment to enter Europe. After rejecting the allocation quotas imposed by the EU, the two countries were threatened by financial sanctions, accused of xenophobia, racism and not acting in solidarity with the rest of Europe. As it turns out, it was those countries’ leaders and citizens who were right. They had foresight and wisdom to understand that what European Union elites were consciously subjecting Europe and its citizens to was unwise and destructive. Unlike Denmark, Poland and Hungary have not suffered from “the damaging effects of migration from non-western countries,” and have been able to maintain their “social cohesion.”