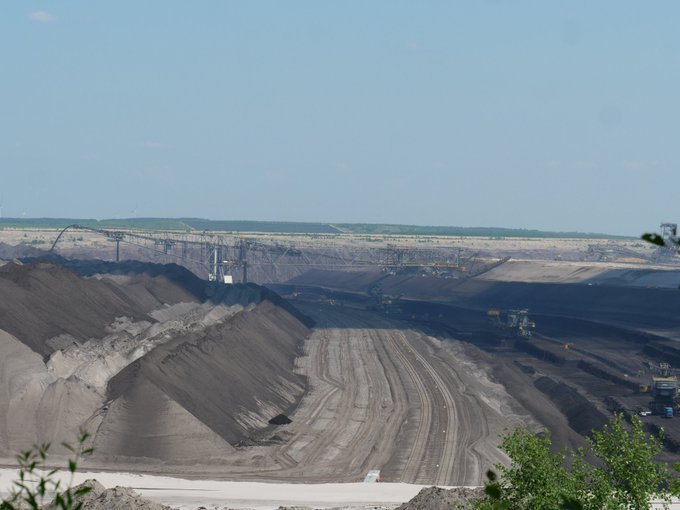 The Court of Justice of the European Union (CJEU) has ordered Poland to immediately cease mining operations at the Turow lignite mine near the border with the Czech Republic. The decision followed the Czech government’s complaint filed against Poland at the CJEU in February. The lawsuit was the first of its kind, as never before has one EU member state sued another one over breach of environmental laws.

Prague accused the Polish government of violating EU law by extending a permit for the mine to operate without properly examining the environmental consequences. The open-cast mine  in question, which is also near to the border with Germany, has long been considered by authorities from neighboring countries to be a threat to local ground water supplies.  State-owned Polish Energy Group (PGE), the country’s largest utility firm, was granted a license to operate a mine at the site in 1994. The license has been repeatedly extended for six-year terms, with the latest renewal granted by the Polish climate ministry on 20 March 2020.

In September last year, the Czech Republic brought the issue to the European Commission, which in December said that, while environmental concerns were “unfounded”, Warsaw had indeed violated a number of EU laws by not properly consulting its neighbors before extending the mine’s permit, which the Polish side denies. Sandra Apanasionek, the mining company’s spokeswoman, stated that the Czech side has been regularly consulted in the process of granting the mine its new permit until 2026 in hopes of finding a solution without a dispute in the court. The lawsuit filed by the Czech Republic was the first of its kind, as never before has one EU member state sued another one over a breach of environmental laws.

Janusz Steinhoff, a former Polish economy minister, told Business Insider he believed the CJEU’s decision is “ill-considered and irrational.”  “Suspending coal mining forces the entity to cease electricity production” he said. Warsaw has argued that the temporary suspension of the mine’s operation would lead to the irreversible shutdown of the Turow power plant “due to its technological configuration”.

Poland’s prime minister, Mateusz Morawiecki and Poland’s Justice Minister, Zbigniew Ziobro reacted defiantly to the ruling. Minister Ziobro stated that “the entry of the EU bodies more and more deeply into the area of competence of the Polish authorities smacks of colonial spirit and is unacceptable.” He claimed that the closure of Turow mine would threaten the country’s energy security and benefit Germany, reports TVP Info.

On the same note, PGE, the company that runs the Turow mine responded to the ruling with a sarcastic tweet. “CJEU, [here is] another mine located in Germany and owned by a Czech energy company. When is it closing?” noting that the mine in question produces 16 million tons of coal a year

Minister Ziobro also stated that “the European Union is implementing the ideological agenda of the climate and energy package, in complete disregard for the enormous costs that Polish society has to bear.” He added that “subjecting Poles at the moment to costs reaching billions of zlotys on the basis of an ill-considered decision of the CJEU affects not only our basic economic interests, but also energy sovereignty, because sovereignty is also a matter of our security in the energy sector.”

Prime Minister Mateusz Morawiecki emphasized that the decisions of the CJEU must not infringe upon the areas related to the basic security of the member states, such as energy security. He added that the government would not take any action that could jeopardize Poland’s energy security.

The CJEU ruling in an interim measure before the court issues a final ruling on the case. The full proceedings at the CJEU in the Turow case may take several years. If the court ultimately sides with Prague, Warsaw may have to pay millions of euros in fines for breaching EU law.

Americans Should Be Grateful for a Poland That Prospers and Protects

The European Commission Intends to Issue an Ultimatum to Poland. It Concerns the Judiciary.

Lost but Not Forgotten: Katyn and the Long Quest for Justice – 2020 Winning Essay by E. Svoboda